In this presentation we offer a systems perspective rooted in control engineering science and technology, to stimulate collaboration with the physics community. We start with some definitions. What is a system? It is a natural or constructed physical, chemical, or biological element or network of elements, whereby each element has a well-defined cause-effect relationship in accordance with the established principles of physics, chemistry, or biology. What is an engineered system? It is a system augmented by a constructed system called controller. The controller has several functions: (a) it observes the environment of the system and generates an input-output mathematical model of the system; (b) it generates forecasts of several alternative futures based on tentative future interventions over a specified time horizon; (c) based on a preferred alternative future, it generates an input to the system. Complexity issues arise in engineered systems that are fundamentally different from those in systems that are not engineered. A controller is associated with a stakeholder that has a capability to choose a preferred alternative future, and a cabability to provide inputs to the system.  When there are two or more stakeholders, additional complexity issues arise.
A dynamic system is mathematically modeled by a set of differential equations whose coefficients are estimated using measurements and data (past and present). As the system evolves in time, new measurements might be used to refine the model, and the latest data might affect the  scenarios  of potential alternative futures.
Contemporary large engineered systems are  almost entirely social systems. Even with only one stakeholder, the nature of choosing a preferred alternative future is complicated because there will be social participation in numerous parts of the system. There will be need to have more accurate models that could rapidly evolve as new data are incorporated. With social systems emerging as the predominant  systems in need of strategic planning, I will relabel the Controller as Decision Choreographer (DC).  The DC will have several functions. It will retain Controller function (a).  It will modify Controller functions (b) to reflect inputs from various social participants. It will modify Controller function (c) to integrate the needs of various social participants.
With rapid advances in information and communication technology, we are now in an age of Digital Transformation. NAST is in the process of considering Digital Transformation as a possible major thrust. Academician William T. Torres is  the principal proponent. In this Digital Transformation framework, there will be  “Digital Twins” and specific ecosystem applications. A digital twin is a software representation of the actual system. It has to be based on a mathematical model as identified in Controller function (a) that I mentioned earlier, and it will benefit from specific types of scientists depending on what ecosystem is being modeled. The DC will provide support in refining digital twins. The DC will be a tool for Strategic and Tactical Systems planning. Planning is necessarily forecasting alternative futures. Social scientists will play critical roles in shaping choices for scenarios of potential alternative futures. Planning will utilize digital twins, as a starting point. With strong influence from social scientists, the DC will choreograph a forecast of a  future scenario,  including future interventions during the planning horizon, to achieve the best social good. Control engineering scientists will have primary responsibility in designing the system input with judicious feedback mechanisms to ensure dynamic stability of the forecast.
To amplify the systems planning perspective of engineered systems, exemplars will be discussed. One is reported in the August 2020 issue of the IEEE Spectrum on work in progress entitled: Modeling and Control of COVID-19 Propagation for Assessing and Optimizing Intervention Policies, supported by a grant from C3.ai Digital Transformation Institute. It is a multi-university effort with H Vincent Poor of Princeton as Principal Investigator. Their model includes effects of mutations in the propagation. A second exemplar is from a paper by Kydland and Prescott (1977), economists from Carnegie Mellon, using Dynamic Stackelberg Game Theory, who showed that the government (Leader) policy using state feedback is time-inconsistent. They received the Nobel Prize in Economics in 2004 for the paper. Chen and Cruz (1972) and Simaan and Cruz (1973a, 1973b) developed the theory of Dynamic Stackelberg (Leader-Follower) Games.

Jose B. Cruz, Jr., National Academy of Science and Technology

For the past 17 years, Jose B. Cruz, Jr. has assisted several Philippine Higher Education Institutions (HEIs) to achieve international accreditation of more than 40 outcomes based programs in engineering and computing. He has collaborated with faculty and students in several HEIs in conducting and publishing research based on systems planning and (automatic) control engineering science and technology (subset of engineering science and technology). 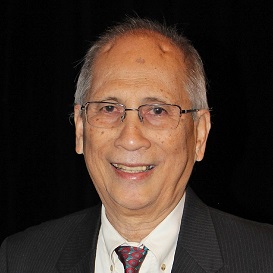